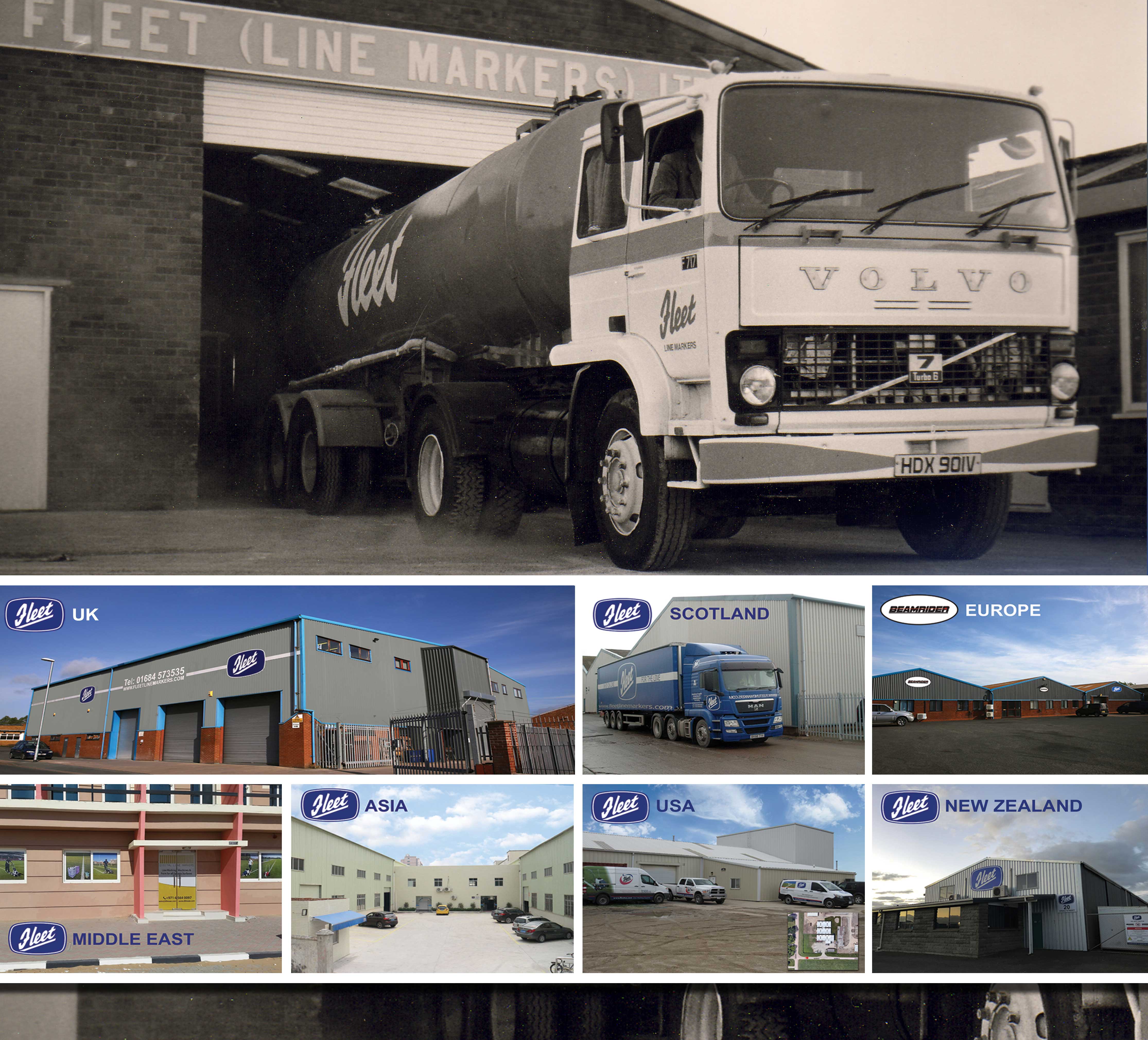 Fleet Line Markers Ltd was established in 1953 by Mr Peter McGuffie and specialised in the manufacture of a product called Fleet Renovator. This was a paste that was widely used by the UK's Armed Forces for polishing the webbing on the uniforms, such as the belts, gaiters etc. With the abolition of National Service in 1960, Peter decided to turn his skills in pigmentation towards the production of line marking materials and machinery. During the 1960's, Fleet soon became the market leader in sports line marking. Even in those days, Fleet was winning awards for their innovation. One of the first awards to be received was the prestigious IOG Gold Award for the first dry marking machine. Further awards have followed in every decade since.

Peter McGuffie's son, Iain, joined his father in the Company in the 1980's helping to drive the Company forward even more. Iain, like his father before him, has been responsible for the growth and expansion of the Company in such a way that Fleet now manufacture paints in New Zealand, for the Australasian market and in Nebraska for the US market. As well as these factories, the Head Office and main factory is based in Malvern, Worcestershire. In the UK, the Company employs over 50 people and has several warehouses across the country.